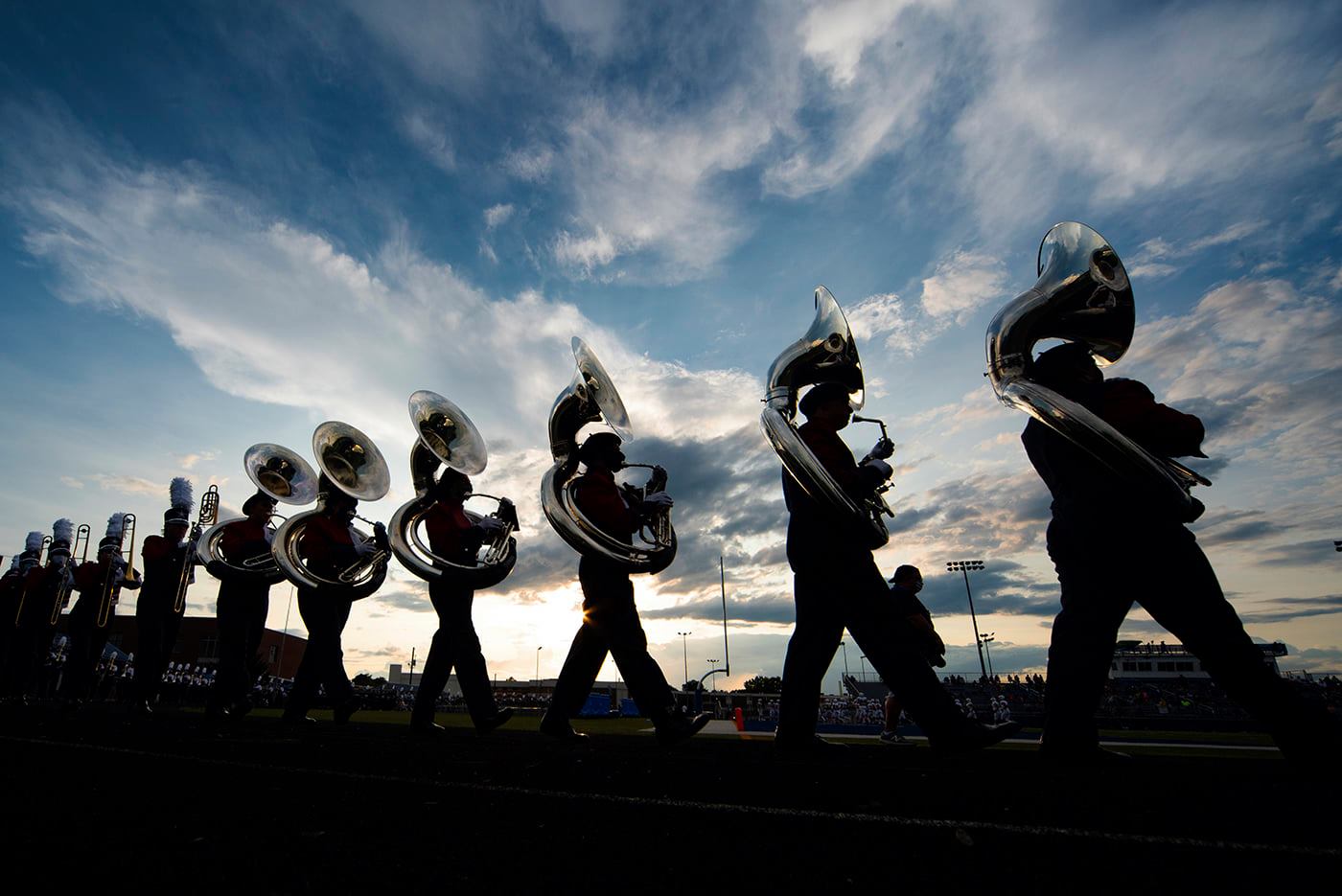 The Heritage High School Band was formed in the spring of 2008 with 63 high school students.  Presently the band has over 200 members.  The high school band program consists of two concert bands, a marching band, pep band, jazz band, winterguard and several small ensembles.

The “Legion of Generals” marching band won 1st place at its first ever marching contest.  They were the 2008 Class AA Champions of the Creekview Classic in Canton, Georgia.  In our second year (2009), the band was chosen as the Class 5A Champion at the USSBA Southern States Championships in Chattanooga, Tennessee.  Since 2010, the band has been named Grand Champion 15 times.

The Heritage Band program was a 2018, 2015 and 2012 recipient of the Georgia Music Educators Exemplary Performance Award.  We were the first Georgia high school band to receive this distinction three times. The Heritage Wind Ensemble has received all superior ratings at the Georgia Music Educators Association (GMEA) District 7 Large Group Performance Evaluation from 2009 to the present.  In eleven years, the band has had 300 members chosen for the GMEA District 7 Honor Band, 92 Georgia All-State Band members and 11 All-State Jazz Band members. The band has also had 6 members selected as members of the United States Army All American Band as well as 5 students selected to the National Association for Music Education National Concert Band.

The 2019/20 Heritage Wind Ensemble has been chosen to perform at the Georgia Music Educators Association In-Service Conference and the University of Georgia “Janfest” weekend.

The Heritage Band has performed at the following events: